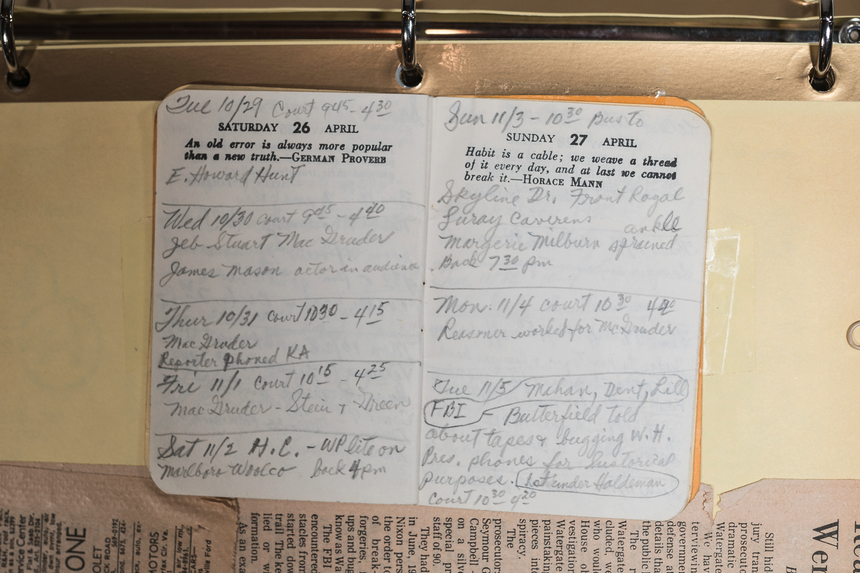 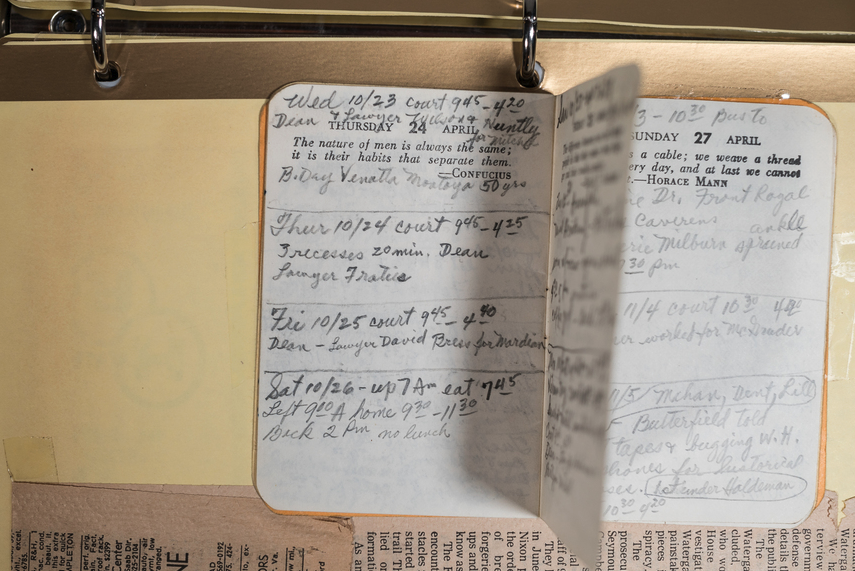 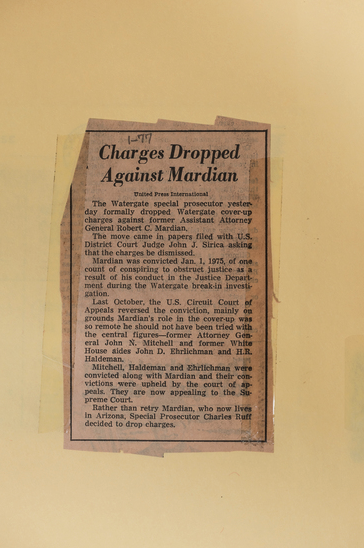 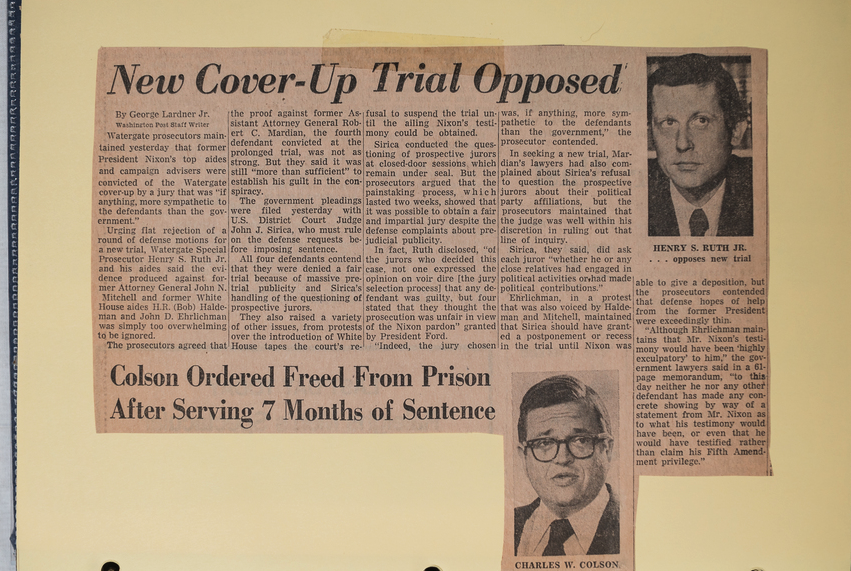 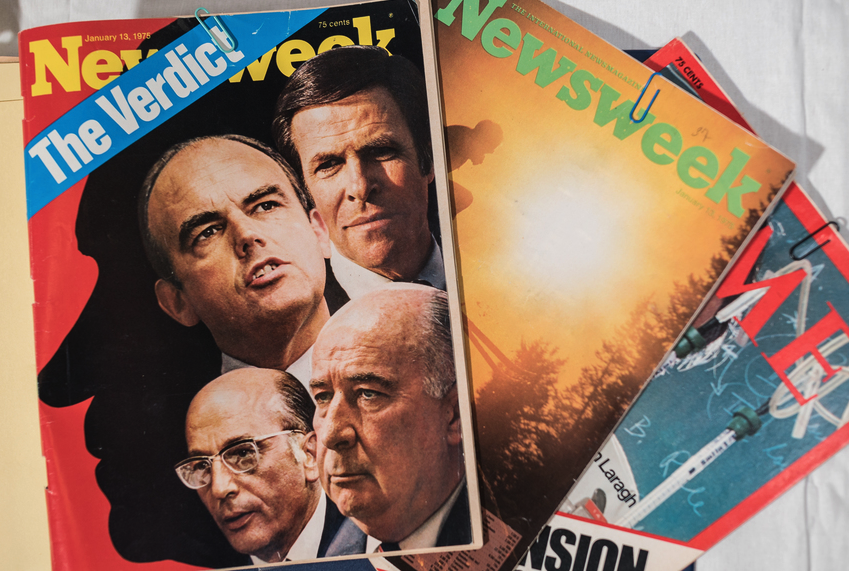 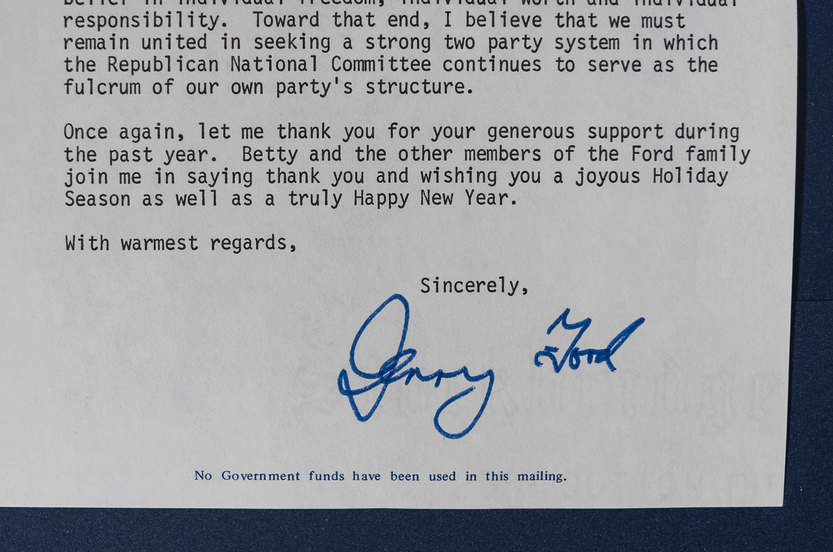 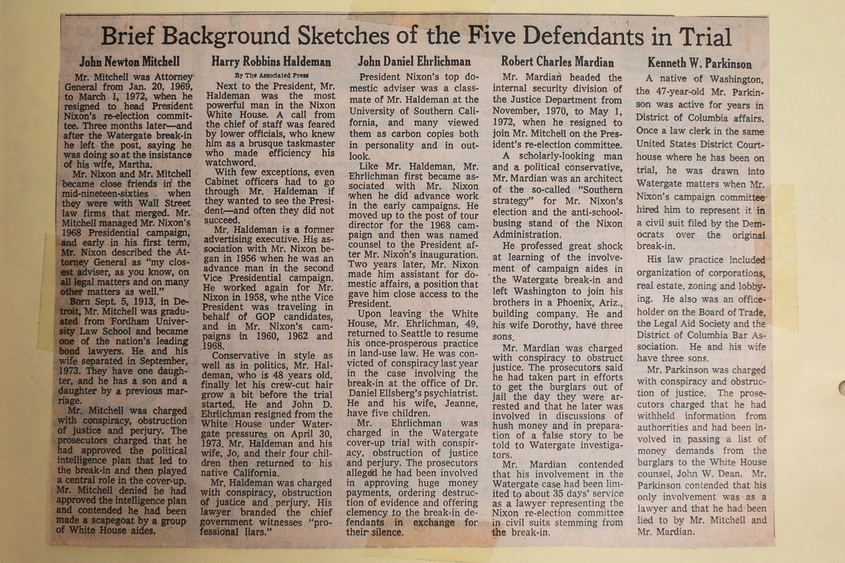 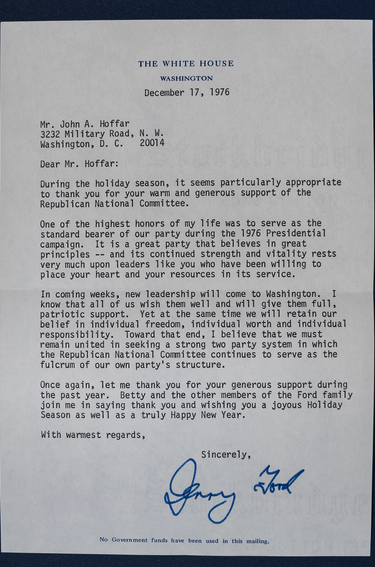 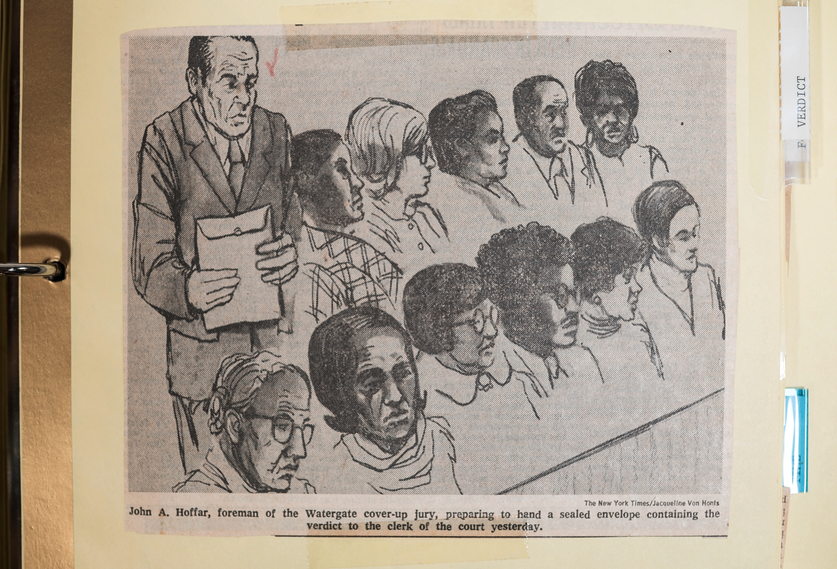 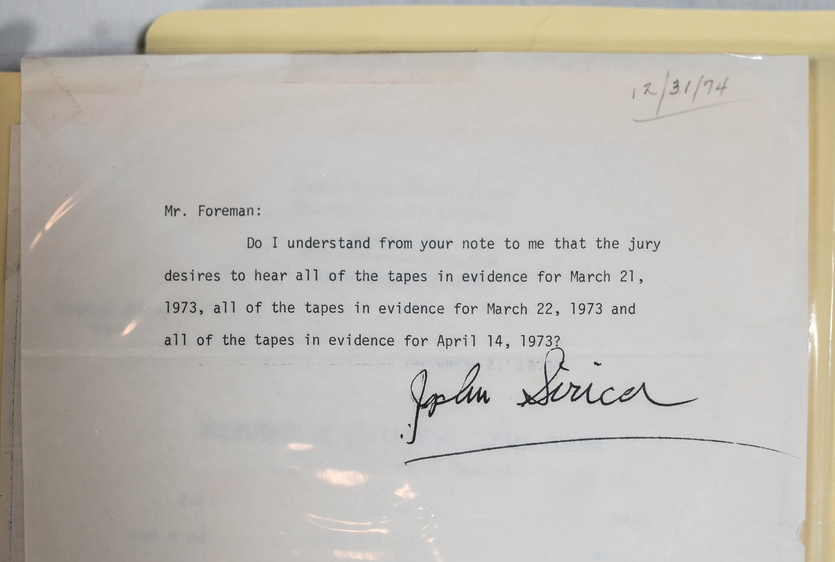 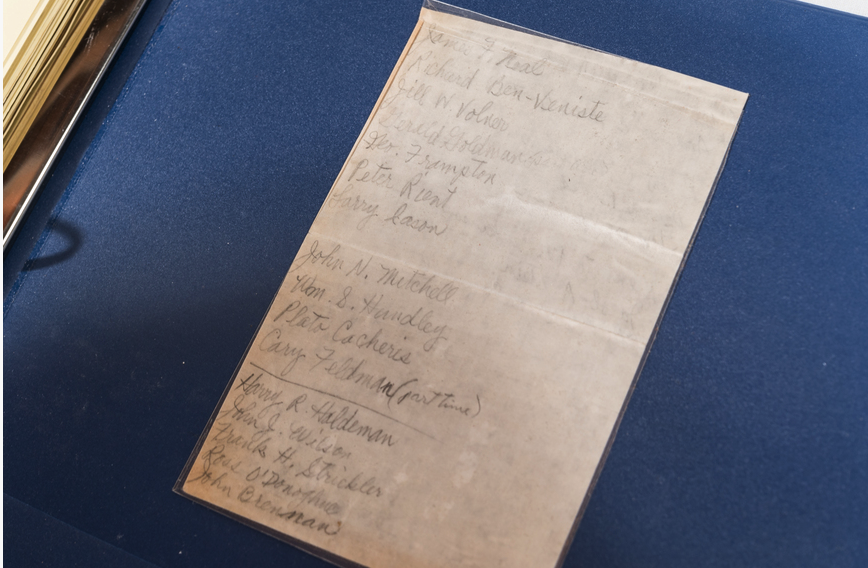 Entire Collection of personal Jury Notes and Collected Papers of John A. Hoffar, foreman of the Watergate trial.  This is the first time this collection has ever been offered for sale.  This is perhaps one of the most important new pieces of primary historical significance related to the Watergate trial to become available.   From May 1972 to June 1973, Judge John Sirica adjudicated over the infamous Watergate Seven trial.   During the trial, John A. Hoffar maintained a handwritten detailed account of the jury’s activities and notes about important trial topics from October 1974 until January 1975.  Included is a historic courtroom letter exchanged between Mr. Hoffar and Judge Sirica on the last full day of the Watergate trial. The letter is signed by Judge Sirica and specifically details the jury’s request to hear the most famous of the White House Watergate tapes. Also included is a Washington Post article detailing the exchange of this letter between Judge Sirica and Mr. Hoffar on the trials last day.  This collection offers new insights into the detailed activities of the Watergate jury and historic Watergate trial collectables that are truly one of a kind that have never been available before.   This collection was given to its current owner directly by Mrs. Katherine Ann Hoffar shortly after her husband, John A. Hoffar, passed away over 20 years ago.

We are offering the entire collection of John A. Hoffar’s Watergate Jury Notes and Collected Papers including his handwritten journal he maintained during the trial, various handwritten notes taken during the trial and deliberations, handwritten notes with the names and addresses of the jurors, Handbook for Jurors serving the United States District Court, signed letter addressed to the foreman from Judge John Sirica dated 12/31/74 concerning a request to review evidence, Memorandum to the Watergate Trial Jurors dated 1/2/75, Instructions for Petit Jurors issued by the United States District Court for the District of Columbia, Jury Summons Letter signed by Chief Judge George L. Hart, Jr, Jury Summons Postcard from United States District Court, Summons for Jury Service issued to John A. Hoffar and various original articles and magazines saved by Mrs. Hoffar during and after the trial.

This important collection also includes a series of original letters:

Signed Letter from President Gerald Ford dated 12/17/76 to Mr. Hoffar, including the original envelope from the White House

Letter from the Washington Editor of Harper’s Magazine dated 1/6/75 requesting an interview.

Signed Letter from George K. McKinney, US Marshal for the District of Columbia dated 1/14/75 thanking Mr. Hoffar for his service.   On April 18, 1974, Judge Sirica ordered Mr. McKinney to serve a subpoena on President Nixon to turn over the White House tapes related to the Watergate scandal Mr. McKinney was later appointed the US Marshal for the District of Maryland, making him the first African American to serve in that position.  (Wash Post, June 25, 2012 Obituary).